Consumers Are Spending — But For How Long; Are Retailers Prepared to Meet or Predict the Demand?

Let’s start with the good news.

Despite the pandemic, skyrocketing unemployment and the nearly wholesale closure of all retailers except for the Walmart, Target and Costcos of the world, total apparel sales across the U.S. are down by only 1 percent versus the same time last year.

As people have begun to live their lives nearly exclusively at home, casual apparel categories — denim (and especially stretch denim) included — have fared quite well.

In spite of the sudden changes in the marketplace, brands and retailers that are prepared to sell online have a huge leg up on the competition.

That’s pretty much the end of the good news for retail, according to John Deputato, The NPD Group president of U.S. apparel, and Mark Cohen, director of retail studies and adjunct professor at Columbia Business School. The two joined moderator Edward Hertzman, president of Sourcing Journal, in a “Future of Retail” panel during the June edition of Kingpins24.

Their Eyes Were Watching Walmart

As the pandemic began forcing Americans home in March, NPD  — which has optics across 20 different industries — kept close tabs on what they were buying. Sales hit bottom around the last week of March, according to Deputato, before climbing steadily after the U.S. government-issued stimulus checks arrived. Early on, house-bound Americans kitted out their homes for the pandemic (toilet paper, soap, sanitizers) and comfort (waffle makers and Roomba vacuums) and work (computers, web cams, mascara and eyeliner).

“On the apparel side, there’s these two forces that are coming together,” Deputato said. “First, it’s what retailers are open and what people staying home are really craving for — and that’s comfort. The retailers that are open are Walmart, Target, Amazon and dollar stores, and these retailers are essentially selling essentials like food, packaged goods and cleaning supplies. But these retailers also sell apparel. So, categories like sleepwear, innerwear and socks are doing very, very well… And if you sell denim and workwear through these stores, you’re doing very well.”

From his perspective, Cohen sees online retail as the dominant marketplace going forward.

“The online business, generally speaking, which has been running like a house on fire for several years now with some categories way ahead of others, is clearly driving the consumer space,” he said. Consumers who relied on online retailers for everything from clothes to groceries pre-pandemic are “all in” on online retail and those “customers who’ve never done any significant business online are getting involved in a big way.”

“I can’t imagine how that acceleration of business over to this new [online] marketplace is going to abate” Cohen said. “It probably won’t run at the same pace it’s running at at the moment, but this is a real kick in the pants for anybody and everybody who’s got a legitimate online presence with an ability to fulfill orders in any kind of reasonable, regular way.”

But while the experts seem to know where consumers will be shopping, how they will spend over time remains a mystery.

“The question of the ages is, of the 42 million and counting people who are unemployed, how many of them are going back to work?,”  Cohen said. Those consumers who don’t go back to work will see their options narrow as unemployment checks run out and credit cards limits are reached.

“They’re not going to be able to shop the way they would like because they’re just not going to have the financial wherewithal to do it. So in the face of that, their focus on needs, as it has been, will continue,” Cohen said. “People are buying a lot of innerwear, a lot of underwear, a lot of basics because they’re living at home. They’re running out of clean clothing. But, after you stocked up on a dozen pair of socks — do you continue to consume that way? I don’t think so.”

The repercussions of this need-based spending on the retail business will be overarching and long-term, Cohen said. “The consumer who’s been focused on things they really want — that they’ve got to have — is something we’re going to have to wait a few years for to return.”

Retailers trying to make plans for reopening and future seasons are being met with an unprecedented quandary.

“How do you plan sales when, A, you don’t know when you’re going to be able to reopen? And, B, you have no way of empirically understanding what the demand will be? Not in industry terms, but in your store, in your store locations,” Cohen said. “So, how do you base this suspenseful window that everyone is in as a basis for forward planning? And that forward planning, by the way, extends well past holiday into spring 2021. We’re going to have an enormous amount of hoping, wishing, guessing, wondering.”

At the end of the day, Cohen predicts that retailers who are selling apparel now and have kept their supply lines open will become the purveyor of choice.

Reopening will bring to light unprecedented difficulties and challenges for many retailers — and possibly thin their ranks.

“I think the bankruptcies that we’ve just started to see here and there are going to be legion as these organizations try to reopen their doors and discover they don’t have enough cash,” Cohen said.

A well-capitalized business with a strong customer base has a good chance of weathering the pandemic, he said. “Everybody else who’s been limping along making believe they know what they’re doing — they’re dead meat. And that includes some of the people who no one would have bandied about as bankruptcy bait, who I would suspect are very much in jeopardy.”

Deputato sees back-to-school and holiday as barometers for the effects of COVID-19 on the economy and consumer spending.

“What happens with the virus obviously is going to have a direct effect on back-to-school,” he said. Typically, 80 percent of the volume of back-to-school is done during July and August. “This year, expect it to be a lot different,” Deputato warned.

Nervous consumers will delay back-to-school spending as financial concerns and the questions of whether and when schools will reopen remain unanswered. And individual states will open — and possibly close again — differently.

Only one thing is certain: kids grow out of their clothes. “Quite honestly, there’s no playbook for this. But kids will need clothes because they size up.” And Deputato expects college students will also be shopping for new clothes. “So back-to-school — the short answer is it’s going to occur.”

Holiday, which still feels a long way off, looms large.

“Last holiday was the most promotional holiday that we ever saw in apparel,” Deputato said. NPD’s data showed online business grew significantly last year — about four or five percentage points. But especially notable was the significant growth of BOPIS (buy online pickup in store) last holiday. That has COVID-friendly written all over it. “Expect online to accelerate, BOPIS to accelerate and heavy discounting [to] continue,” Deputato predicts.

For the foreseeable future, most Americans will be staying home.

From a fashion standpoint, that means the casualization of consumers’ everyday attire will also continue. And that’s good news for denim, which has been the star of casual Fridays for a few decades.

“Look, the denim business was pretty good going into this crisis. It’s the universal fabrication. It’s not a business that’s been in any kind of decline from a consumer usage point of view,” Cohen pointed out.

With the introduction of stretch, comfort has become more and more available to denim customers. “And hand in glove with that, fashion and comfort and fit have been very, very successful,” Cohen said. That means that the retailers who had an increasingly powerful market share in denim and the manufacturers who had increasingly important market share on the supply side will weather the pandemic. “They may not be selling as many customers as they were pre-pandemic, but they’re going to be selling the folks who are doing business an awful lot of goods,” he said. 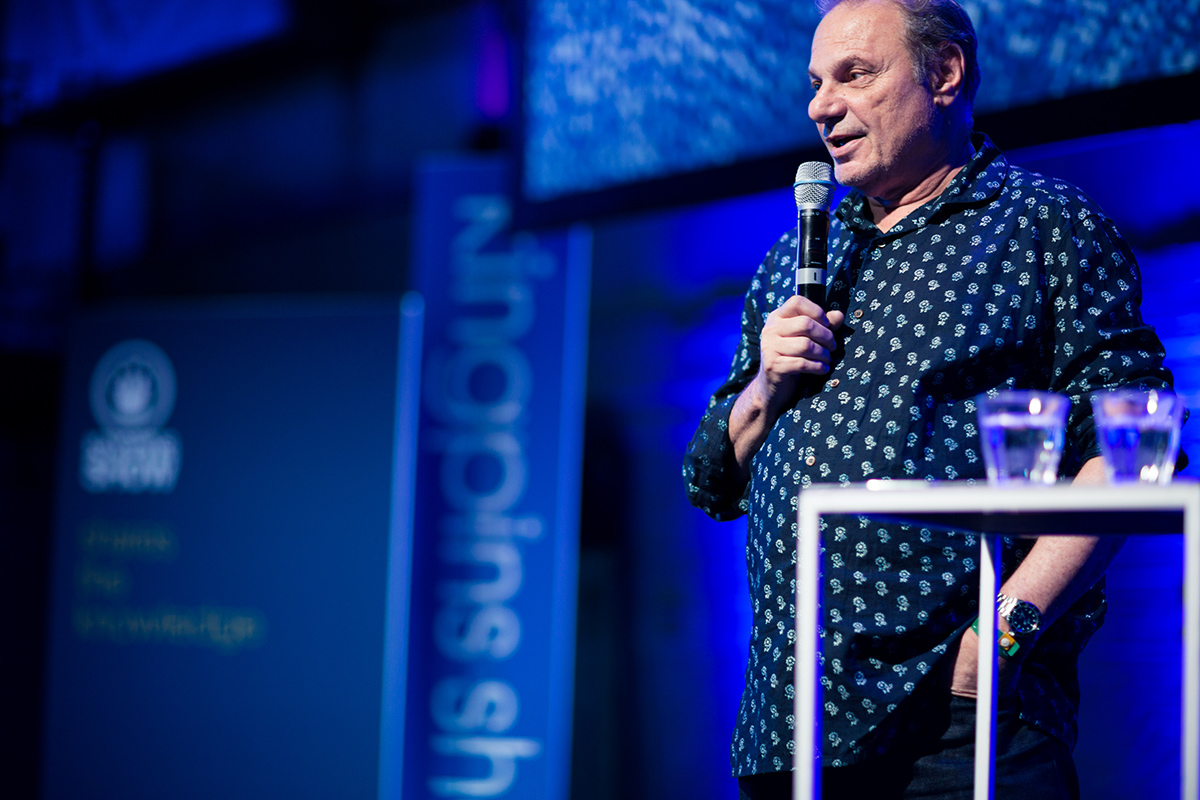 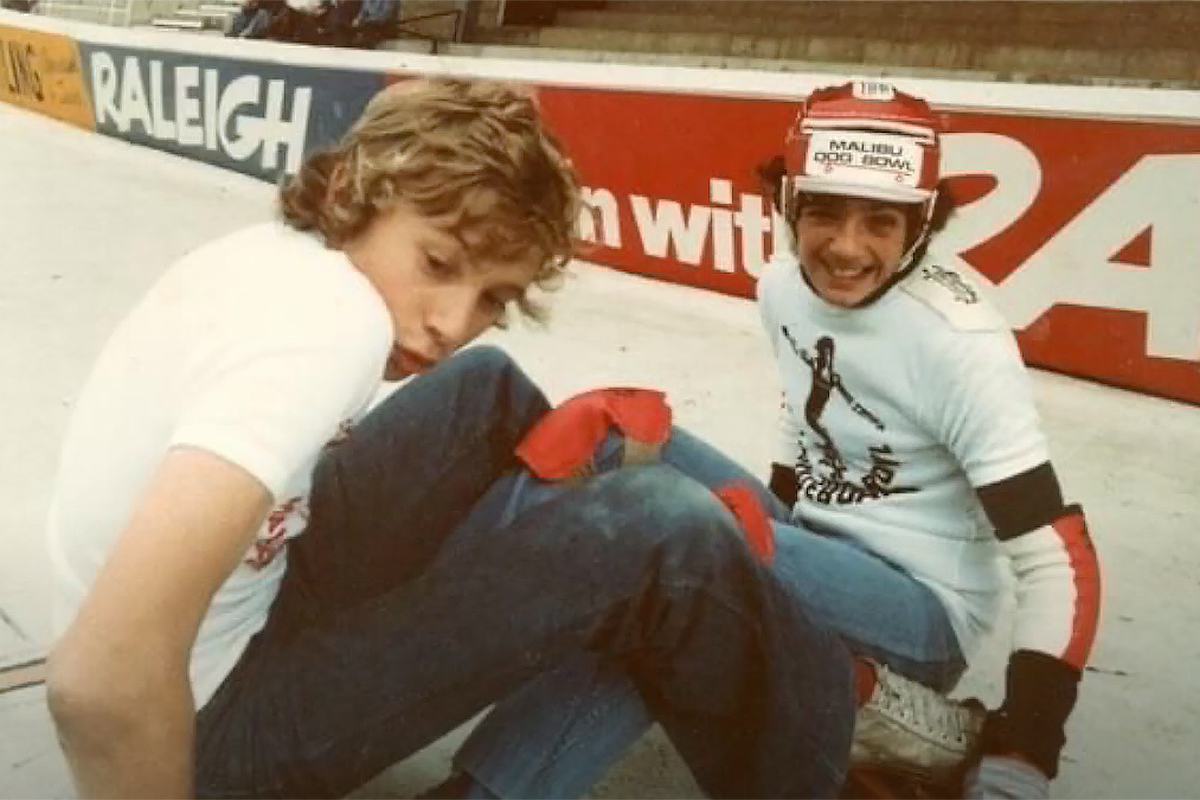