I’ve been very lucky in my career to have had five great mentors. They were all entirely different people, from different countries and ethnicities. All of them have unfortunately gone to Mentor Heaven except the one from Portugal, who I am grateful is still with us.

I also have my heroes. Many of them, thankfully. These are people who have done mind-blowing things because they are so good at what they do — or they were so far ahead of others in their vision or discoveries. Heroes inspire you to be more than you originally thought or to think alternatively. Sometimes they simply take your breath away because they are so astonishingly exceptional at what they do. Painters, writers, musicians spring to mind, but so do business people sometimes.

I met Robin Cornelius on a beautiful, bright spring day in New York in 2007, at a Social Accountability International seminar where he and I and Dan Henkle, from the Gap, spoke. Robin and Dan were both on the SAI board, which was very prestigious. My presentation was on the impact buying has on factory workers, which remains an insanely important and unaddressed and unresolved problem (as well as a subject for another time).

Robin is pathologically friendly. He is a kind, inquisitive, smiley man who, were he a dog, would be one of those who wags his tail like crazy from the moment he awoke. Before that seminar, I had never heard of him nor was I familiar with his Switzerland-based T-shirt company, Switcher, which, as it turned out, is a superstar ethical and innovative — I’d even say game changing — apparel brand.  Switcher sounds like sweatshirt and that is how the name was born. The company’s logo is a whale because it’s a giant mammal that few people have ever seen up close, so it enhances their imagination.

After the seminar, Robin and I spoke a little about Switcher’s business model and he invited me to Lausanne to visit the company. I had not been to Lausanne since 1971, when I went to the university there and I was dying to find a reason to go back. Back then, I was a starving and struggling student and I’d always wondered what it would be like to return once I could afford a hotel and a proper dinner.

The best part of the trip was drinking scotch on Robin’s dock on Lake Geneva while he told me his story — which changed the direction of my career.  Let me stop there and let you consider that. On that night, ever so long ago, that man, on that dock, did the extraordinary: he changed the course of my professional life, for which I am eternally grateful.

His story in a flash:

Born in Sweden, Robin ended up at the University of Lausanne studying business and political science. To keep things financially flush, he drove taxis at night and sold T-shirts from his trunk while he completed his degree.

Business was good for him. So good that he flew to Tiruppur, India, and found a supplier and a new life, which morphed into 5 or 6 trips a year to India and a chance to use Switcher and his business to do things for others. He opened schools and medical dispensaries in India and was famous for the benefits he gave to those in need. The business grew close to $100 million, which was a lot of T-shirts and a lot of opportunity to give. Giving to others is quintessentially Robin, so naturally kind, earnest and generous.

One day, one of his customers asked him where his cotton came from. He replied that it was from Gujarat, but the customer wanted to know more. “Where in Gujarat?” When Robin found himself unable to answer that question specifically, he traveled to the cotton fields to figure out how to source his organic cotton knowing exactly where it came from and at what cost to the environment.

With that “full” supply chain clarity, Robin decided it was time “shout about how Switcher respected people and the planet” and proceeded to share everything he was doing with the market. That meant describing the story of all 7 million Stitcher garments from seed to shelf, style by style using QR codes on all his products. Respect-code (https://www.respect-code.org/) became the first traceability and transparency platform born in our industry. And that was back in 2006.

As I sat on the dock and listened to the story, I realized how intellectually ignorant it was not to know everything about the products we produce and consume. And I realized that the future (specifically my future) was going to be all about traceability and transparency.

“Every consumer,” Robin told me, “has a human right to know the origin of each and every consumer product on earth. And they need to know how the workers are treated and the environmental impact of each and every process in the production of the product. This is a fundamental law of comprehension everyone should want and companies must make it available.”

And here we are, 15 years later from that night on the dock, and brands are now slowly rolling towards what Robin did 25 years ago. I would imagine by 2030, our industry will be fully transparent and traceable — and that will be 40 years after Robin did it himself on a large scale.

There are no plaques or awards in our industry for those that do amazing things.  Fame comes and goes, designers who had exceptional moments fade from the scene while brands and retailers market whatever is the latest craze as if they invented it.

The Blue Heroes jacket pictured is from Scotch & Soda. We should give those out to the deserving. Robin is one of those you may have never heard of before today. There are others. 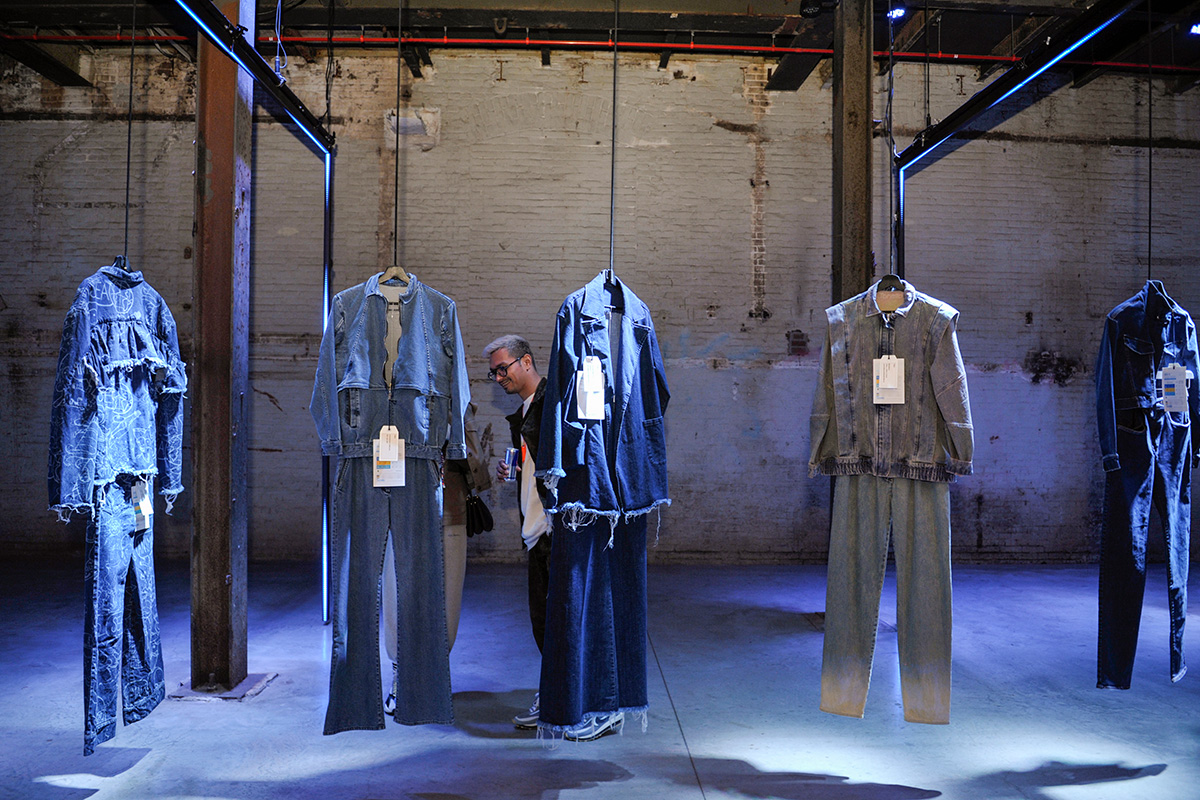