Is There a Carcinogenic Substance in Your Jeans?

In August 2019, a German women’s magazine, Öko-Tes (not to be confused with the safe chemistry certification OEKO-TEX), tested one pair of jeans each from 21 different textile companies. It detected aniline in 15 pairs, which the magazine linked to cancer and used as a reason to give a failing grade to the brands who made the jeans.

It was a typical gotcha moment, in which consumer product companies are caught putting poison in their products.

But something was off about this article. Two of the companies that failed were leaders in sustainability: the famously conscious Kings of Indigo, and Levi’s, which has been at the forefront of chemical management, and has shared that work with the industry and public in order to prod everyone along toward safer chemistry in clothing.

So, is this a case of an overzealous and undereducated journalist? Or should consumers be wary of all denim, even from the “good” brands?

First, it helps to talk about what aniline is. A clear, yellowish liquid that in its pure form you can identify by its fishy smell, it’s a key ingredient in the production of indigo dye. Until recently, it always showed up as an impurity in all synthetic-indigo-dyed denim. Once there, it can’t be washed out.

Its history is tightly intertwined with that of synthetic dyes. Discovered by a Prussian chemist in 1826, aniline got its name from añil, the Spanish word for indigo, which the chemist had been playing with to yield the new substance. But you don’t need indigo to create aniline, you just need a little fossil fuel. By the 1850s, the very first synthetic dye factory in England was using amines synthesized from coal tar to manufacture aniline, which it then turned into synthetic mauve textile dye. The lilac color was the first synthetic and aniline dye ever invented, and it took the European fashion world by storm because of its vibrancy. More aniline colors soon followed, and Germany and Switzerland soon dominated the industry. The enormous chemical company known today only by its acronym, BASF, was founded as Badische Anilin- und SodaFabrik, German for ”Baden Aniline and Soda Factory.”

At first, aniline dye was beloved by dye houses and fashion brands because it held fast to fabric. But as more manufacturers got into business, the quality fell. In 1868, less than 10 years after mauve fever, a French sea captain bought a new red and violet striped shirt in England and put it on without washing it. When it stained his skin, hair, and inside of his mouth red, he took it off. But the color red, coasting on its reputation from when it was made from natural sources, was thought to confer health benefits and so was especially popular for socks and long johns. When the captain contracted pneumonia, he decided to put the red striped shirt back on, feverishly sweating through it. The resulting skin reaction almost killed him.

Multicolored socks were also implicated in a half dozen high-profile cases of pain, swelling, rashes, and even temporary lameness in the men who bought and wore them. According to fashion historian Alison Matthews David’s history of deadly fashion, Fashion Victims: The Dangers of Dress Past and Present, one British fashion house was alarmed enough to return its order of 6,000 parks of aniline-dyed socks. In 1869, two French toxicologists killed a frog, rabbit, and dog by injecting them with red aniline dye they had distilled from socks. Two French doctors in Lyon, the seat of the French dye industry, hit back by dyeing their hands and feet red several times to prove that it was perfectly safe.

The idea that only a portion of people would have a bad reaction to a dye color was a confounding concept to doctors, and the judges overseeing some of the lawsuits taken out against manufacturers. While a legislator was laid up at home for weeks to recover from his striped socks, another stated in court that he loved wearing bright socks and had no reaction. Plus, back then, science hadn’t yet caught up to analyzing the health effects of these new compounds and couldn’t identify the culprit for certain. Many just thought it was the arsenic used to make dyes brighter that was causing the eruption of pustules on sweaty feet.

Now we recognize that some of these early, super-saturated coal tar colors are potent sensitizers and allergens, and can cause some nasty reactions to the skin of certain people. But it was becoming abundantly clear that aniline doesn’t just cause a rash. It is acutely toxic and high amounts, whether inhaled, ingested, or absorbed through the skin. It temporarily damages hemoglobin, an important protein in the blood that ferries oxygen around the body. It’s pretty clear when this is happening — your lips and extremities turn purple-blue, in what is called cyanosis. At low levels, you’ll get a headache and feel dizzy. If the dose is high enough, you may start vomiting, convulse, and end up in a coma. Some people have even died.

Methemoglobinemia is the official term for what happens when you’re poisoned by aniline. But when it happened to dye house workers at the end of the nineteenth century (around the time synthetic indigo was invented) it was called “anilinism.” Aniline is also toxic to aquatic life when dumped in high amounts into bodies of water, another argument for proper wastewater treatment at dye manufactures and denim laundries.

However — and this is important — aniline isn’t persistent or bioaccumulative. The body does a good job at metabolizing it, and as long as the blue-lipped person is quickly separated from the exposure and receives proper hospital treatment, within about 24 hours their hemoglobin is back to normal. Nobody has ever been felled by a pair of jeans in which aniline, again, is just one lingering ingredient in the dye.
Are there longer effects of repeated aniline exposure? Well, the US Environmental Protection Agency categorizes aniline as a Group B2 human carcinogen, meaning that there’s evidence based on two studies on rats from the early 2000s linking it to cancer, but that’s not conclusive. It’s the same story with studies on whether aniline is mutagenic — meaning, it may damage the DNA, which passes that damage onto offspring, but we’re not really sure. We’re in an uncertain position of wondering if additional studies will prove aniline defenders or detractors right.

Irrefutable evidence quickly piled up in the first half of the 20th century linking two amine ingredients used in aniline dye manufacture, BNA and benzidine, with bladder cancer. But aside from instances where a worker is briefly felled by being splashed with it, there aren’t similar stories for aniline itself.

Franky Vangaever, a textile chemistry consultant who worked for Levi’s for over 30 years, says it’s here where the quality of the denim really matters. “If it’s not that well done, with the cheaper brands, the $10 jeans, you can have easily a few thousand ppms of non-fixed aniline on your garment,” he says.

When I ask Vangaever whether I should be concerned if my cheap jeans are leaving blue dye on my legs, he says, “Yes, I would be concerned, honestly.” And when it comes to fashion, we’re never talking about one chemical. A pair of sloppily-made jeans might contain — along with a high amount of aniline — other known carcinogenic substances, such as pesticides, solvents, formaldehyde, and PFAS. Unfortunately, researchers have not yet waded into the mucky territory of studying how chemicals interact and potentially reinforce each others’ health effects.

A well-dyed pair of jeans would have only between 400 and 700 ppm of non-fixed aniline, Vangaever says. But even that is too much for some. In 2018, Archroma debuted the first aniline-free indigo dye, and some manufacturers switched to it out of an abundance of caution, while others said all this fuss was unwarranted. In July 2021, the safe chemistry consultancy bluesign tightened its restrictions on aniline, specifying that only aniline-reduced indigo will meet bluesign standards for indigo dye.
OEKO-TEX, another company that focuses on a safe end product, specifies that aniline cannot be present at levels higher than 20 ppm in baby products, and 50 ppm in all other products, in order to achieve its Standard 100 certification. That would be an almost impossible standard to achieve unless dyers are using aniline-reduced indigo.

To summarize, there are now four levels of denim on the market when it comes to aniline. There are the cheapest jeans which might contain a lot of the maybe-carcinogenic substance — but that also probably contain lots of other bad stuff. There are the well-made jeans that have a few hundred ppms. There are the jeans made with aniline-reduced indigo that have only the slightest amount. And there are the rare jeans dyed with natural, plant-based indigo which have no aniline at all.

Science hasn’t yet come to a firm conclusion on which ones you should choose. So it’s now up to brands and consumers to make that decision.

Sure, there are substances on the market — PFAS and formaldehyde come to mind — that are more worthy of your concern. But as with all things fashion, it pays to shop from brands who care about the quality of their product.
Luckily, when it comes to denim — real denim — those brands are easy to find. 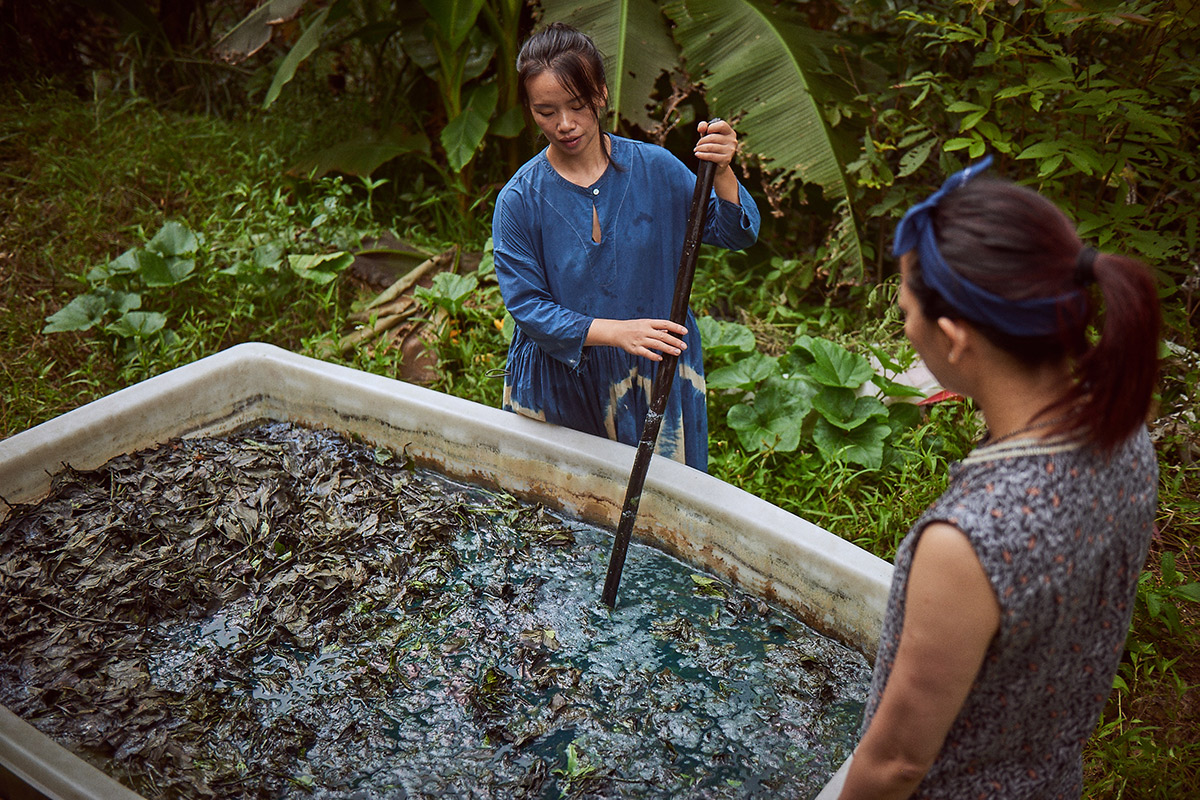 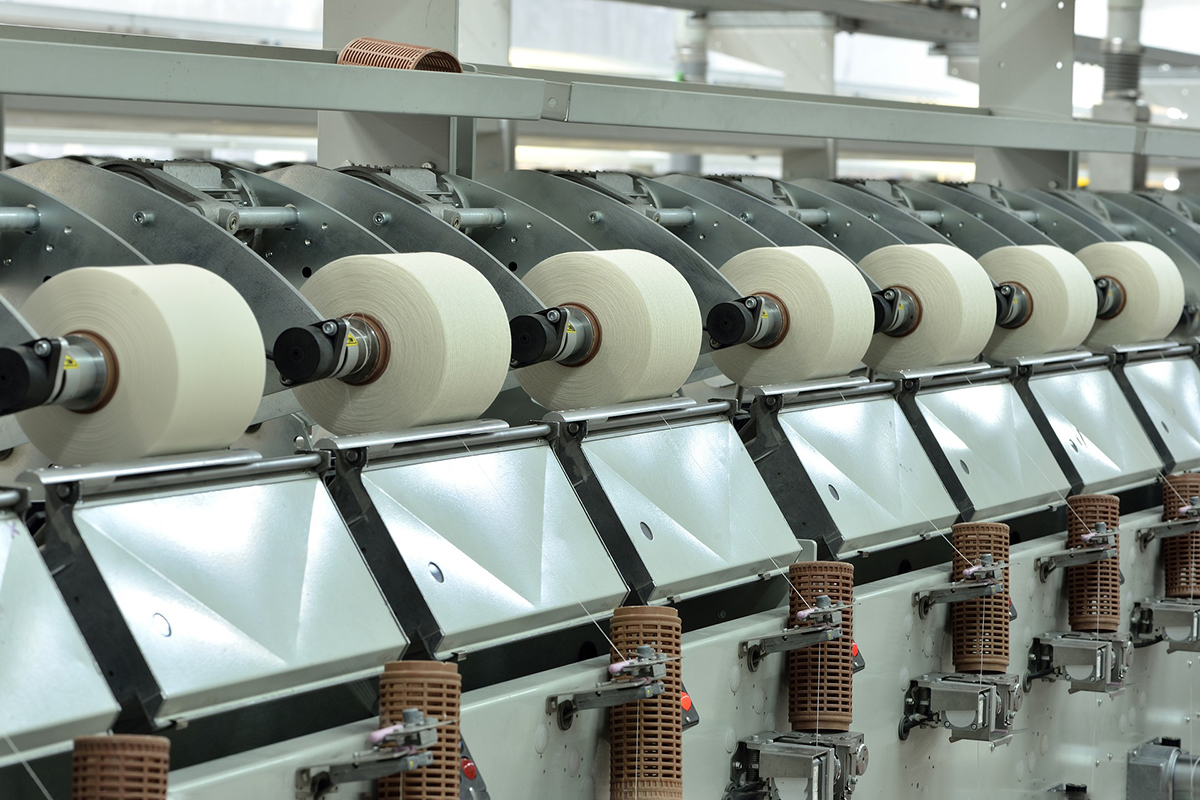 The fashion industry is waking up : Cotton Subsidies