Pinpointing exactly when and where corduroy originated is not possible. Both the fabric and its origin are fuzzy. Loads of experts agree that the word “corduroy” comes literally from the French words “Cord du Roi” meaning “cord for Kings.” Textile archivists believe the fabric’s original conception, whatever it was called, originate in Fustat, Egypt in 200 AD. It’s not a hugely wild jump to say that the Italian word “fustagno” which means moleskin is a word derived from corduroy’s own “Bethlehem.”

In Fustat, around 200AD, Egyptian weavers figured out that thick twills and coarse sateen fabrics (often blended with wool and linen) were hearty enough to withstand brushing; the finish that made these fabrics soft and special. Brushed fabrics were an exclusive Egyptian specialty until they were imported to Italy during the Middle Ages, where the Royals were all over the novelty of it.

What needs to be pointed out is that “Fustat” weavers and textile producers were not industrialized nor were they cutting piles – so what we call corduroy was not fully developed until England’s Industrial Revolution pulverized the way textiles were manufactured.

The high-tech British Revolutionary textile equipment that was developed in the late 1700’s and early 1800’s produced a 100% cotton, ribbed dobby with high density weft.  Cutting machines were developed to cut the dobby’s piles which, after brushing, made velvety piles. And that’s how corduroy became what it is today.

Levi Strauss included corduroy in its 1901 Spring and Summer Catalog and the fabric was a quiet workhorse for the brand. By the 1920s, corduroy was featured on the cover of Levi’s price lists.

Called the “poor man’s velvet,” corduroy took off in real volume with the popularity of jeans in the late 1960s and early 1970s, when five pocket corduroy jeans or corduroy jackets hung in millions of closets. Levi’s alone sold tens of millions of pairs of corduroy jeans by the early 1970s. During the 1980s, corduroy was famously colorful and used for California-cool shorts. In the 1990s corduroys got dirty and were paired with grungy flannels. 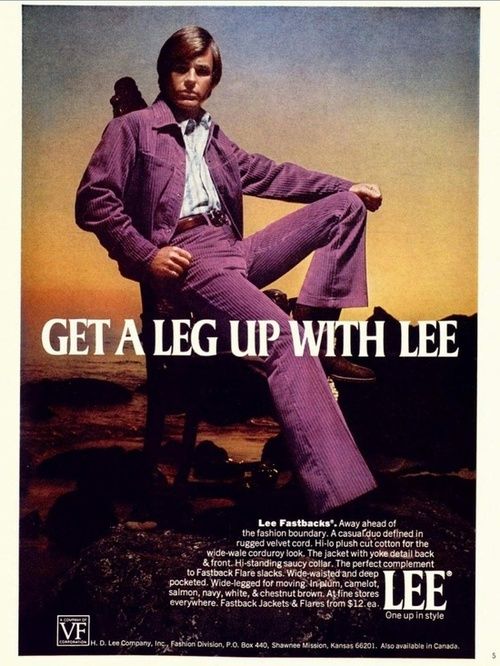 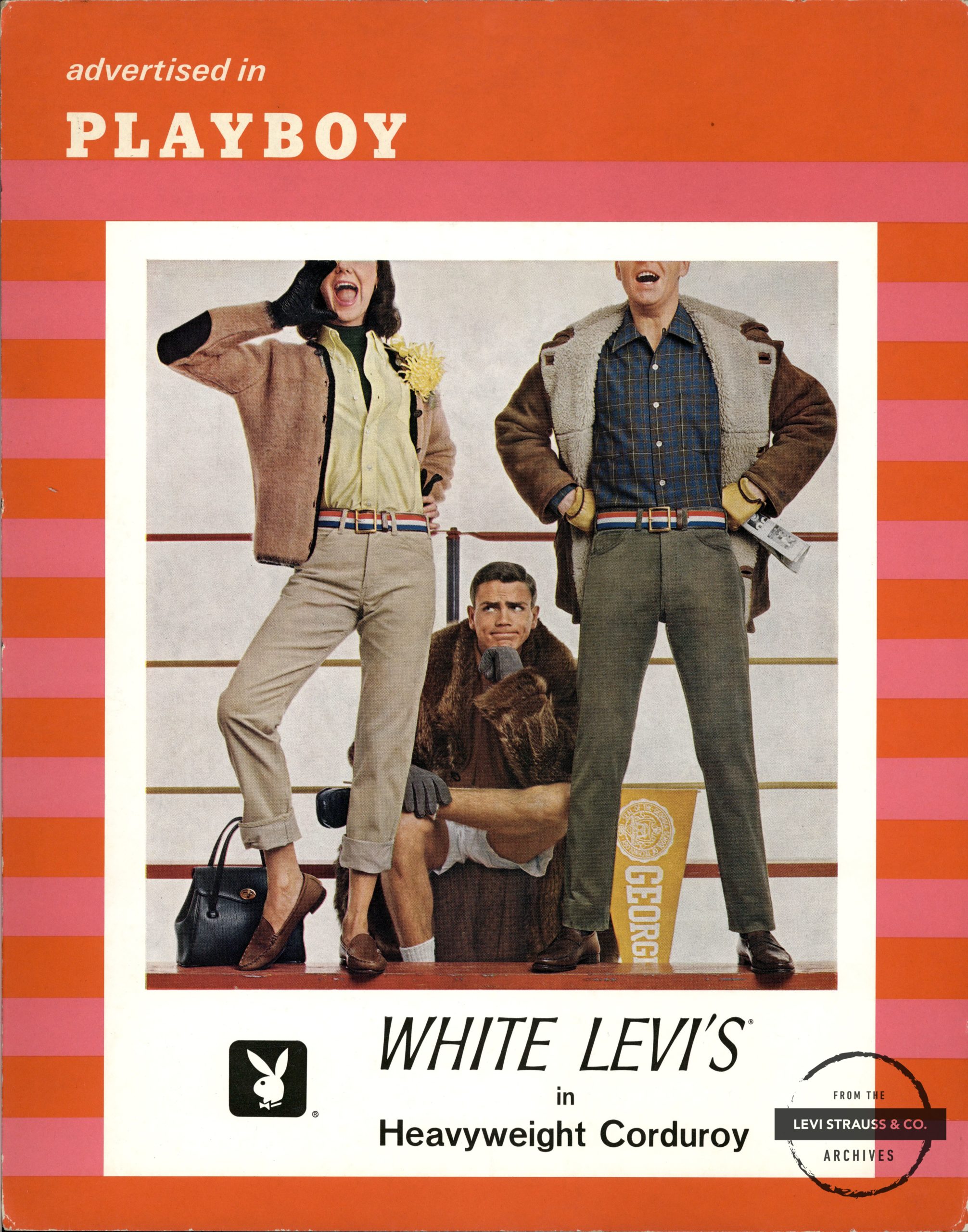 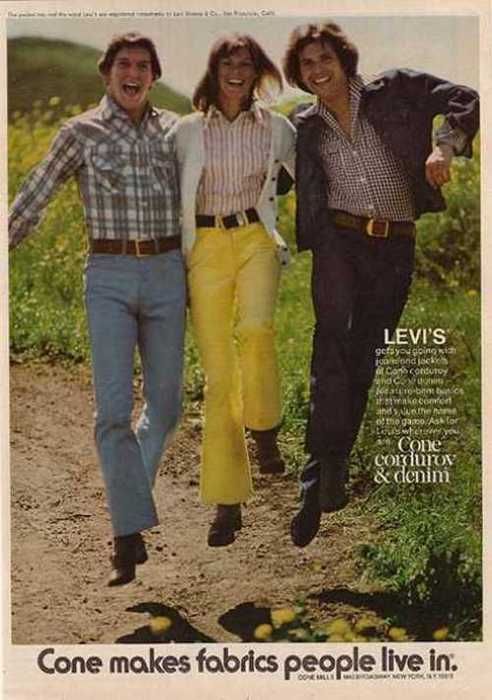 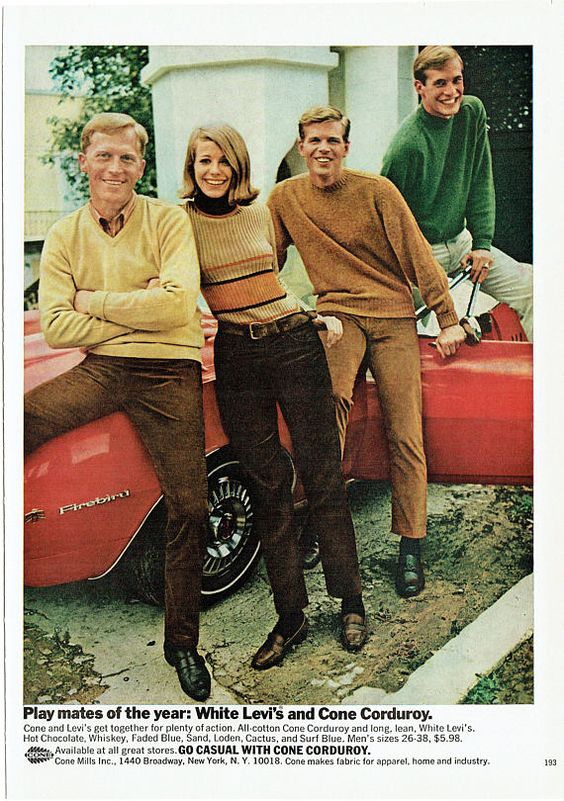 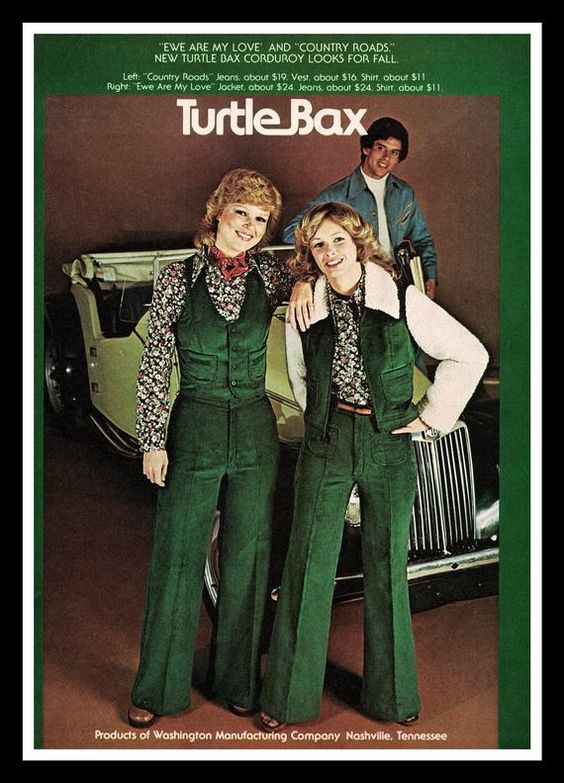 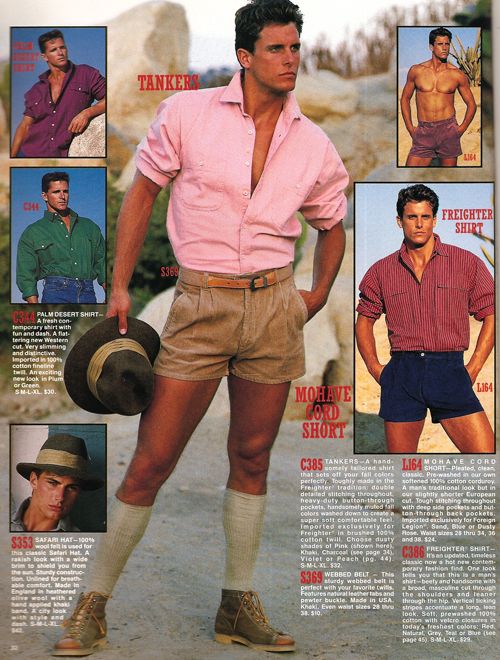 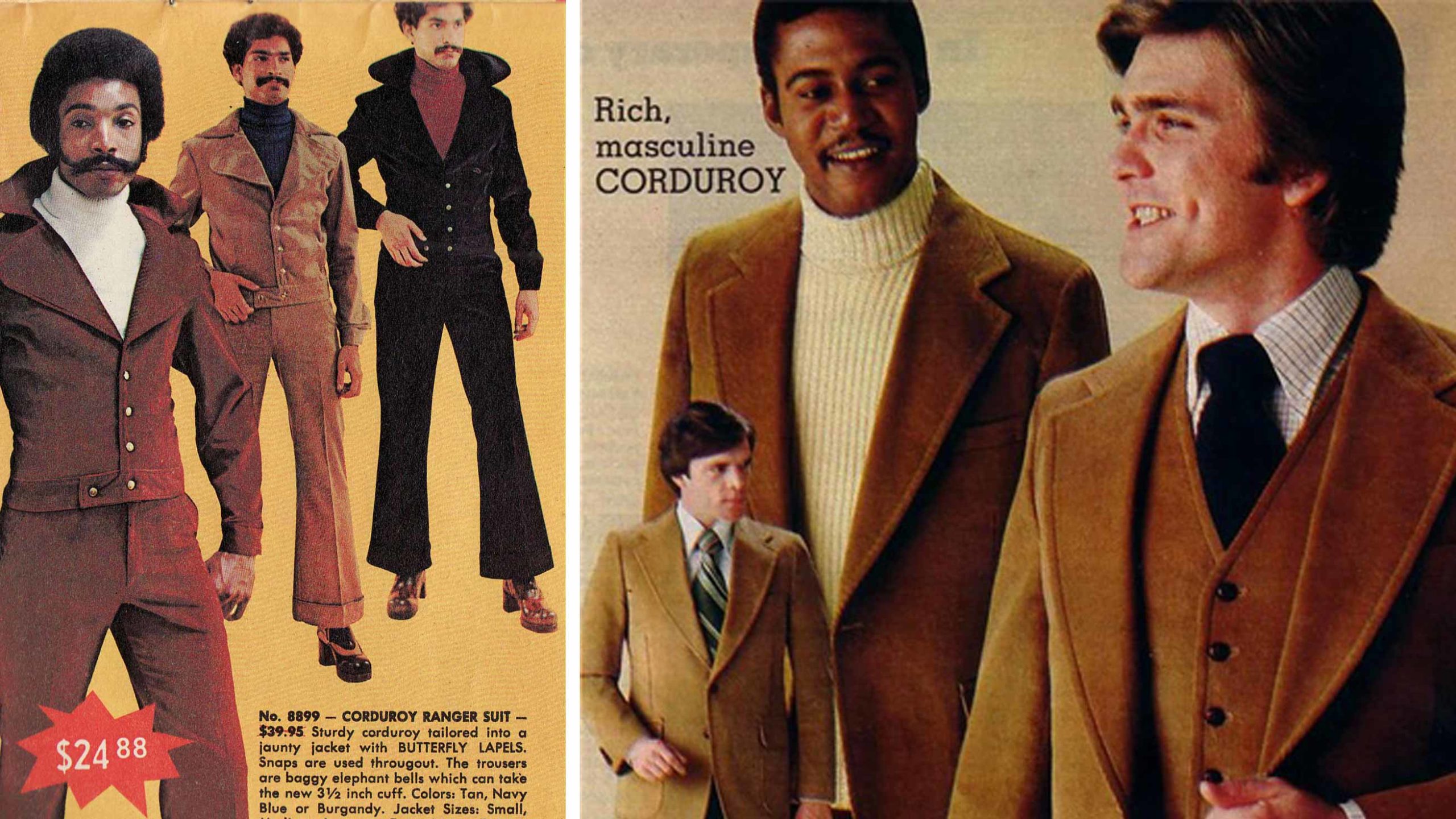 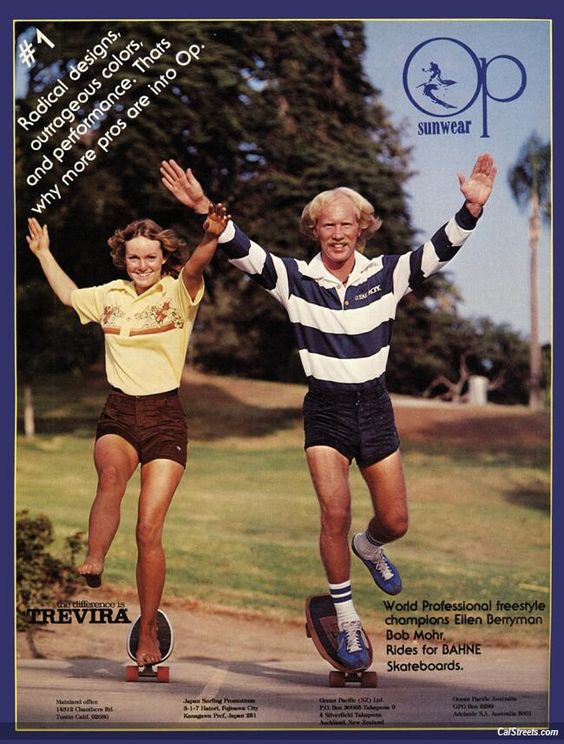 Corduroy has always been a lush comfortable fabric for country gentlemen and their ladies – and still remains so.  The fabric also works for kids because it’s a strong, durable and soft textile that both kids and moms love.

While jeans are undisputedly always cool, corduroy is characterized by strange quirk. Around 2005, Miles Rohan established the Corduroy Appreciation Club, literally because he wanted to be part of a club. November 11 was chosen as  “Corduroy Day,” under the logic that 11/11 best personifies corduroy’s wales. Get it?

Shortly after, Rohan threw a party for his made-up holiday, in which Betsy Franjola, the fabric manager for Karl Lagerfeld delivered a history lesson. The keynote speaker of the night was Chris Lindland, who still has cult fame today as the founder of Cordarounds, a brand that sells corduroy pants, which are cut horizontally instead of vertically. Then movie director Wes Anderson’s tailor, Vahram Mateosian was awarded an “Exemplary Usage of Corduroy” award for his employment of the fabric in Anderson’s personal wardrobe and throughout “The Royal Tenenbaums” movie. A fine distinction for a unique fabric, indeed.  (Sadly, the Corduroy Appreciation Club officially disbanded on 11/11/11 – the date that looks the MOST like corduroy.) 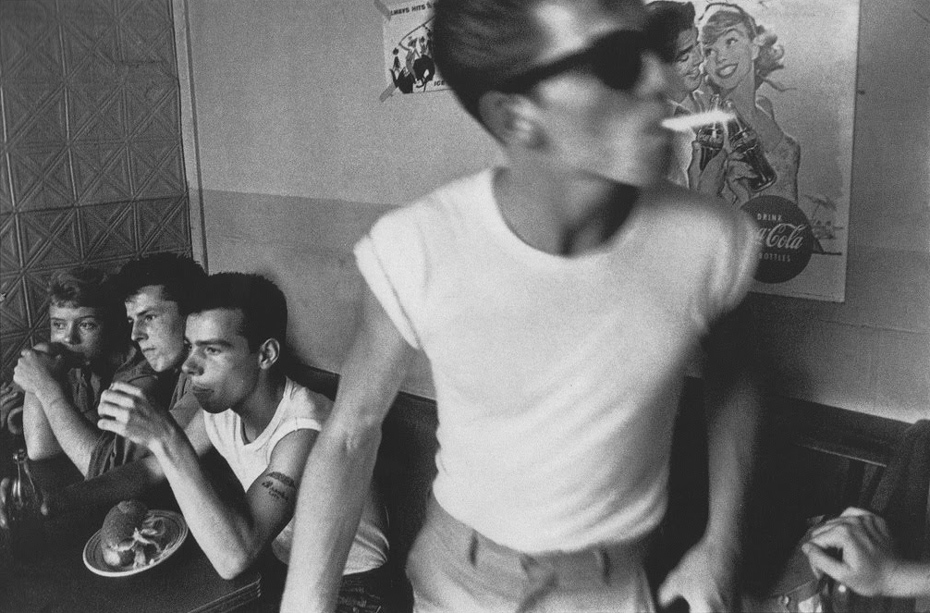