If I’m asked to choose a color to describe myself, it is certainly blue. It is not just because it is one of the three basic colors of nature’s palette or that blue represents harmony, wisdom and wealth. Not even close. It’s because I’ve been in the industry for several years and am spellbound by the magic of the indigo.

The color blue also has a more deep and significant meaning…

Colors are associated with geographical and cultural contexts. Born and raised in Turkey — a country that has been historically a cradle of great civilizations, architecture, archaic religion, textiles, prints, and crafts — has many connections to the color blue. Blue’s talismanic power is far beyond a superstitious belief.

The first Turkic Empire is called Gokturk, which can be translated as Blue or Celestial Turks. Tengrism, as the ancient religion of Turkic people, is centered on the worship of Tengri (God); who is believed to provide for every human being in the world as an eternal blue-sky spirit and the fertile earth spirit.

Bosphorus, the renowned strait known for its eye-catching turquoise hues bridges continents of Asia and Europe, on a peninsula surrounded on three sides by the Black Sea, the Mediterranean Sea and the Aegean Sea.

Turquoise, named after the gemstone of the similiar color, derives from the French word “turquois” (Turkish Stone) and evil eye amulets are believed to be protected just because of having the color of sky.

So, it should come as no surprise to anyone that by walking in the footsteps of history, culture and geography you can see how one single color has been immensely inspirational in so many elements for centuries.

My story as a young “Blue-do Baggins” 😊 began in a small town which was on the ancient Silk Road in Anatolia, once known as Asia Minor. That was my very first job, right after graduation. It was not a conscious choice. Having my head in the clouds as a newly-graduated engineer with no experience, the mere goal was to save enough money and hop on a plane to America to apply for my master’s degree like my college mates.

Who would have ever thought that this was just the beginning of a lifetime journey that would stretch out over three continents?

We were a group of 25 young engineers or new graduates who had very little to zero knowledge about denim. We were selected among 600 applicants. Within the first 6 months, we probably never sat down except for the weekly quizzes prepared by department leads. Half a year was spent literally with spinners, looms, sanforizers, dyestuff kitchens, laboratories, and warehouses. It was a lot of fun. We were a tribe of young, smart engineers living our best life with no responsibilities…but trained to be the future mankind of denim. I came to understand the value of this period in my life much later on. It was a real masterclass that helped me to build a robust career and advance. It makes me so happy (and confident) that almost all of us are still in the industry and we have somehow worked together in one way or another. All thanks to our Fellowship of the Bluebloods!

Masterclass Series II went on with my company’s merger with America’s iconic washhouse for a trumpeted investment to become a vertical powerhouse. At the same time, I had received an offer from a jeanswear brand asking me to move to Europe. This was an incredible offer for a young denim engineer, but I decided not to take it. Instead, I ended up living a solid one-year stay in a hotel room for 5 days a week in order to work for a new investment firm where the first robotic laser equipment was my 14-hour workmate. And learning from “masters of jeans washing,” Kentucky Sights Denim Systems’ Artists.

So, I had not only one Gandalf but many. I always believed to be protected by the God of “precious” blue!

My Blue-do Baggins’ story slowly turned into a different one and paved a new avenue…a challenge to create a masterclass for others which was a hands-on customer loyalty program that continued for nearly 15 years and included the production of a variety of educational materials that were shared generously with the Fellowship of the Bluebloods.

In the early 2000s, our industry was first introduced to organic cotton, which led to the initial stages of “sustainable denim.” This truly became my passion. Research is deep in my roots as the proud great-grandchild of ancestors who believed in Yer-Sub spirits (or Yer-Su which means Earth and Sky) and being respectful towards and caring of nature.

I still remember the early morning meeting at one of the lavish, blue-tiled Santa Monica hotels in Los Angeles, which triggered our story and evolved into creating the very first sustainability platform for the denim industry. It was almost 10 years ago we started studying the notions of resource-saving, low-impact, lifecycle, upcycling and recycling. Kudos to all my partners-in-blue who sincerely put their heart and soul into this effort!

William Shakespeare once said: “To unpathed waters, undreamed shores.” My journey continued with mapping another new milestone, this time with a team of blue-hearted people across the globe to South Asia where I met and collaborated with a team of amazing women who were super-smart, hardworking and never complained about the obstacles they’ve had! That journey also destined me to finally cast anchor to the country of my dreams!

A city that never sleeps! A city that most resembles my hometown: New York City!

Let’s remember what the fictional character, wise Gandalf said to Frodo in the final scene of Tolkien’s legendary saga: “All we have to decide is what to do with the time that is given to us”.

True Blue Baby, I love you! 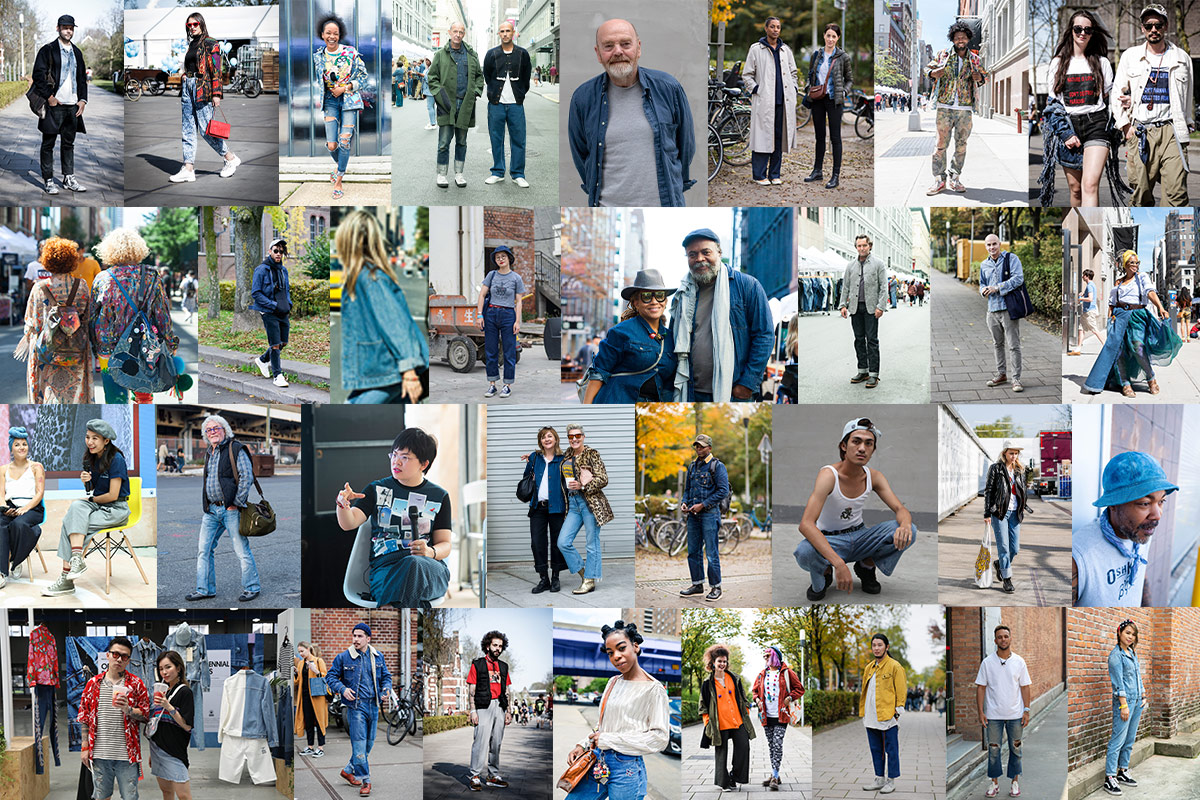 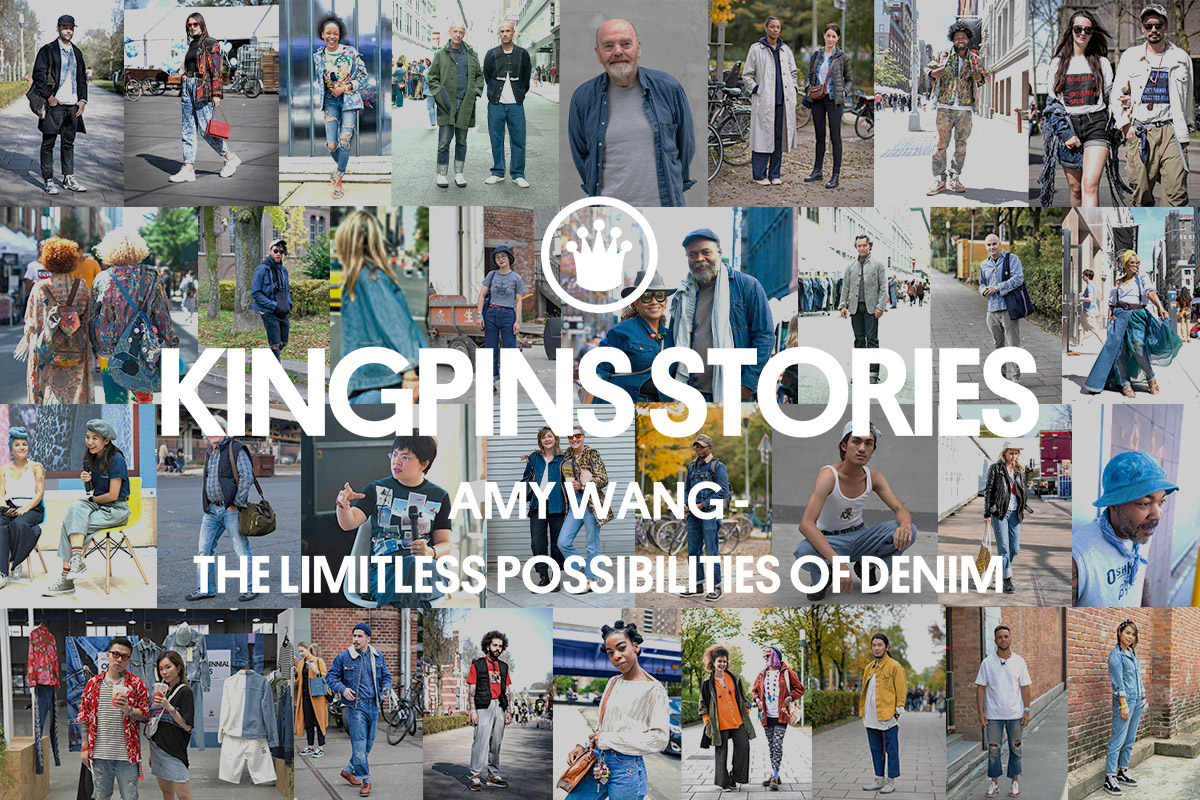